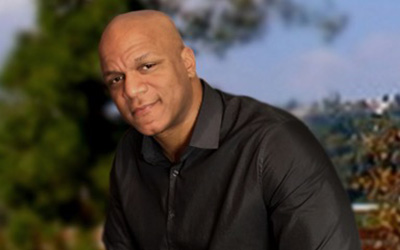 Anthropology alumnus Gary Green graduated in 2014. In addition to working as a special education advocate on behalf of his son, who is autistic, he has been working closely with Professor Marjorie Goodwin to develop research on children with autism. He hopes to attend the Occupational Science doctoral program at the University of Southern California in the fall.

1. When did you first know you wanted to major in your field?

I began college as a psychology major studying the characteristics of individuals with autism, but after my first anthropology class I was so intrigued that I just kept on taking them. For me, understanding how language, culture, personal histories, and biology all converge on an individual’s psyche to create an emerging and imminent “now” led to the inevitable conclusion that anthropology was the way to go.

2. How would you describe your fellow anthropologists? What kind of people are they?

I’ve never met an anthropologist I didn’t want to study! Anthropologists are quirky and curious individuals driven by a passion for knowledge. Some section of humanity has piqued their curiosity, causing their head to slant sideways on a 45 degree angle while the words “hmmm, now that’s interesting” run through their minds. They are misfits who have mastered the art of standing out in a crowd until they blend in.

3. What professor in your field do you admire most and why?

Each of my professors has taught me something unique, which may either complement or contradict what I learned from another. When what I learn comes in conflict with previous learning, it provokes further reflection or a creative synergy which leads to either clarity or new questions. In each case I am inspired. The professors who can inspire me are always the ones I admire the most!

4. Can you remember a moment in class, a talk with a professor, or a reading that got you really excited?

A visit to office hours with Professor Marjorie Goodwin turned out to be a pivotal moment in my undergraduate career. While going over some video footage I had taken as part of a final project for class, she began to direct my attention to subtle details that I had never really noticed. She was teaching me to see human interaction through a whole new lens. It was then that all of the readings and lectures began to meld into a powerful philosophy.

5. What’s the most demanding or most difficult experience you had majoring in your field?

Developing my independent studies research project was both demanding and rewarding. For over a year I was immersed in various aspects of data collection and analysis. When it was done I presented my research at the CLIC-GSA (Center for Language Interaction and Culture – Graduate Student Association) Conference and submitted my work for publication. During the process I learned so much and drew on everything I had learned in my career as an undergraduate.

6. What are the most important skills you developed?

One of the most important things an anthropologist must do is observe phenomena as objectively as possible, and know that complete objectivity is impossible. In recognizing one’s own prejudices, the anthropologist strives to resist labels of right or wrong and instead discover the forces that drive and shape humanity.

7. How did majoring in your field help you stand out and succeed in your career after graduation?

8. What did you find you still needed to learn to succeed in your career after graduation?

I needed to learn to navigate the power structure of the educational system, which often pits expertise of service providers against parental instincts for the welfare of their child. Coming to understand the legal terminology of the field allowed for a certain synergy of the two perspectives. By understanding the legal obligations and constraints of school districts, I’m able to suggest actionable strategies that maximize cooperation and the collective potential of service-provider and parental input.

9. What is the biggest misconception about your major field?

The biggest misconception about anthropology is the ‘Indiana Jones’ factor. People think that archaeology represents the whole of anthropology, thus the notion that career opportunities are limited to a very specific type of work: the search for ancient artifacts. While a career in anthropology can offer exploration and excitement, archaeology is only one of the four major subfields of anthropology.

10. How do you explain to family or friends why you majored in your field? What do you tell them?

Anthropology, more than any other field, tells the story of humanity. I want to add my voice to that record.

Want to join the discussion?
Feel free to contribute!

Endangered monkeys in the Amazon are more diverse than previously thought, UCLA...