Newsroom
You are here: Home / Newsroom / News / Political Science / UCLA faculty voice: Here’s why restricting immigration and trade together i... 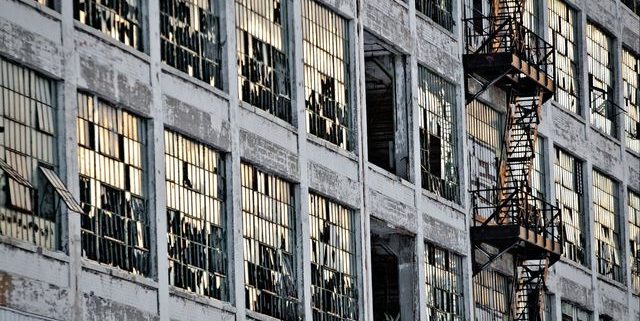 In her new book, Margaret Peters cites history to show how restricting trade to boost manufacturing while simultaneously curtailing immigration wouldn’t be realistic.

Margaret Peters is an assistant professor of political science at UCLA. She studies the politics of immigration, emigration and how politics affects decisions to migrate. This column appeared in the Monkey Cage blog of the Washington Post.

Recently, trade negotiators from the United States, Canada and Mexico concluded the first round of talks to renegotiate the North American Free Trade Agreement. President Trump has made clear that he wants a deal that cuts the U.S. trade deficit — and brings manufacturing jobs back to the United States. Trump also threatened to withdraw from the South Korea-U.S. free-trade agreement (KORUS), citing unfair trade practices and a desire to bring home U.S. jobs.

At the same time, Trump is supporting the Reforming American Immigration for a Strong Economy Act (Raise Act), which would cut legal immigration by 50 percent. And he announced the end of the Deferred Action for Childhood Arrivals program, which could mean the deportation of about 690,000 “dreamers” — immigrants who came into the country illegally as children.

These two developments are part of Trump’s agenda to bring back jobs for American workers. But as I show in my new book, “Trading Barriers: Immigration and the Remaking of Globalization,” it will be difficult for Trump to do both.

Immigration policy often seems a long way off from trade policy, but the two are intimately connected through their impact on U.S. businesses. When trade is restricted, which is what Trump is proposing to do by renegotiating NAFTA and ending KORUS, businesses that rely on a lot of labor will produce more of their goods — and employ more people — here in the United States.

So far, so good for Trump’s promise to bring back manufacturing jobs.

Here’s the big catch: Native labor in the United States is expensive

Increasing the number of jobs for U.S. workers will lead (eventually) to higher wages across the U.S. economy. Businesses may then find that the protection they get from these trade barriers is wiped away by the increase in wages they have to pay — they can’t produce goods at a low-enough price to be competitive.

Businesses are then likely to lobby for more immigration to keep their labor costs lower. Immigrants rarely take jobs from natives, a number of studies show. Instead, they tend to fill jobs that require more manual labor, while better-educated native labor takes jobs that require more communication skills. Businesses save money by better allocating their workforce.

So when trade is restricted, businesses want more immigration and lobby for it, as I show in the book. And when businesses lobby, they usually get what they want — more open immigration — which helps them remain competitive.

When trade is opened, the reverse happens

Trade openness can lead to the closure of manufacturing and other firms that cannot compete with foreign firms. Some U.S. companies decide that if they can’t beat the competition, they will join them by moving production overseas. These firms were once the supporters of open immigration, but once they close or move, they no longer lobby for increased immigration.

Increased openness to trade affects businesses that use low-skilled labor, in particular, as these firms are the most vulnerable to competition from overseas. It may also be beginning to affect high-skilled U.S. companies that face increasing competition from the developing world. When U.S. businesses close or move overseas, they are less inclined to support open immigration, giving anti-immigrant groups more leverage in policy discussions. The result is a more restrictive immigration policy.

As I show in my book, trade barriers in the U.S. in the late 19th and early 20th centuries led to much greater openness for immigrant than we see today. Back then, almost everyone who wanted to come to the U.S. could legally immigrate. Businesses were protected by high tariffs but had to pay high wages. Open immigration kept U.S. wages from rising to the point that the tariffs would have been ineffective.

Once these barriers began to be removed after World War II, business support for immigration declined precipitously. After examining the Congressional Record, I found that in the 1950s more than eight businesses on average testified at congressional hearings on immigration. Today, that number has dropped to two.

The decline has been even steeper for industries that have been exposed to increased trade; today, perhaps just one company that produces goods that can be traded will testify at these congressional hearings. While many businesses continue to support immigration, especially agriculture and service industries such as hotels and restaurants, open trade has effectively shrunk the business coalition for immigration. With the loss of business support, immigration has become increasingly restricted, especially for immigrants with the fewest skills.

Immigration restrictions will lead to U.S. job losses at home

Here’s how this cycle plays out. Immigration restrictions mean higher labor costs, and this makes firm less competitive at home. Some businesses close due to these costs and others move overseas, taking jobs for both natives and immigrants with them.

While we have long seen manufacturers leave when they cannot compete, this trend is now affecting agriculture. Farmers in California and Arizona are buying farmland in Mexico and elsewhere in Latin America because they cannot get the workforce they need in the United States.

On the other end of the spectrum, tech firms increasingly are moving production to Canada to take advantage of their more liberal laws for high-skilled workers. This shift is due to in large part to fears that Trump will crack down on visas for high-skilled immigrants.

When farms and firms leave, we also lose the jobs filled by native co-workers, not just the jobs filled by immigrants. Further, when immigration falls, we’re left with a smaller workforce, leading to less incentive for businesses to invest in additional capacity — and less economic growth.

These trends also lead to fewer jobs for native workers. The Raise Act and the end of DACA will only worsen these labor shortages, and will probably cause more businesses to shut their doors or move overseas.

What does this mean for the renegotiations of NAFTA, the fate of KORUS and the Raise Act?

If the renegotiation of NAFTA succeeds as Trump hopes — or KORUS ends — and there are increased trade barriers and increased manufacturing here in the U.S., businesses are likely to clamor for more immigration. This suggests Congress may find it difficult to pass the Raise Act. If the Raise Act or something like it passes and/or if the Trump administration continues to deport large numbers of undocumented immigrants, including the dreamers, we are likely to see more firms close or move overseas, taking jobs for native-born Americans with them.

Trump, therefore, faces a trade-off: Bring manufacturing back to the U.S. but open immigration — or restrict immigration but face increasing job losses due to trade and off-shoring.

Scholars dig into nationwide survey of post-election data at conference