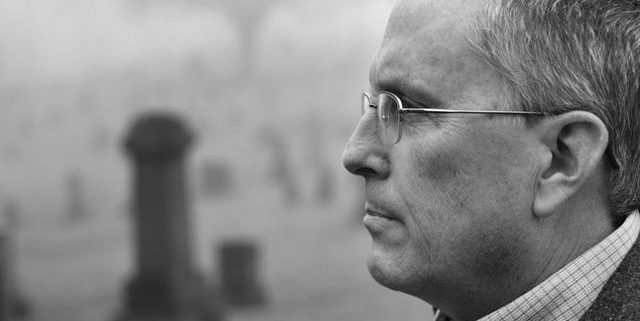 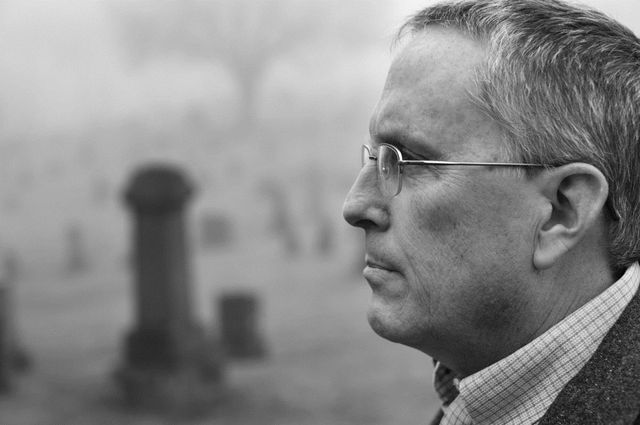 World War II historian William “Bill” Beigel honed his research skills when he was a student at UCLA.

William “Bill” Beigel is a historian with an unusual specialty in World War II military casualties and veterans’ military service. Beigel uses his expertise to help families learn about an older relative’s service in World War II. He has been featured in USA Today, CBS News and Fox News among dozens of other media outlets. Beigel’s next book, “Return of the World War II Dead,” will highlight America’s unique effort to bury its fallen World War II soldiers back home.

On Nov. 9, the eve of UCLA’s Veterans Day Ceremony, Beigel, who earned his bachelor’s and master’s degrees from UCLA, will be sharing stories of the approximately 275 heroic Bruin students, faculty and alumni who fought in World War II. The event is called, “Remembering the Fallen: Bruins Who Gave Their All in World War II,” and will take place at 6 p.m., Thursday, Nov. 9 and be held at the James West Alumni Center. If you are interested in attending, please RSVP by Nov. 3. The event is sponsored by UCLA Alumni Veterans Network.

In this interview, Beigel discusses the discoveries he has made, misconceptions about World War II and more.

What inspired you to research World War II?

One day in the late 90s, my dad mentioned to me that he had a cousin who was shot down over Germany in World War II, and that the family never knew the story of what actually happened. I decided to try to track down records about his cousin, using my skills picked up as a history major at UCLA. I eventually found the records of my dad’s cousin; the difficulty of locating, but also the depth and detail of some of the records was astonishing. From that point on, I was hooked!

What do you most enjoy about your work?

I enjoy helping people find out the details of the military service and, in some cases, the death of their loved ones who served in WW II. Details of their service and experiences were not available to families during wartime and answers to their questions are very difficult to find to this day. So when my clients receive the records I’ve located for them, they are thrilled. One of my clients was a woman whose father, whom she never knew, was shot down and killed in World War II. When she received the information I had located for her, she wrote to me, “How do people ever THANK you enough — when I received the file, that night I cried very hard …”

What is a misconception about WWII history?

One misconception that has bothered me for years is the focus that is usually limited to the “key figures” of the war, such as Franklin Roosevelt, Dwight D. Eisenhower, George Patton, Douglas MacArthur, and others. While these men are certainly worthy of our interest, I feel that the individual servicemen and women who actually fought and won the war are the ones we must investigate and remember.

What are the major challenges in recovering these lost stories?

One of the major challenges is that the record sets I research are not located all in one place. There is no “one size fits all” process. There are records scattered from St. Louis to Fort Knox to West Virginia to Montgomery, Alabama; there are government and private sources for files, both online and stored in massive file rooms. Another challenge is that much of this work involves seeking records that have not been digitized, so there is a lot of old-fashioned “leg-work” involved; much of this research is still done through the mail. Lastly, these records were prepared for immediate use during wartime and include abbreviations and acronyms that are difficult to interpret. Beyond knowing the acronyms, there are subtleties that can only be understood with a significant understanding of WW II history and military operations at that time. Thus, one of the services that I provide my clients is interpreting military documents to uncover the stories they tell.

Could you share some fond memories while doing research?

What I enjoyed the most about the UCLA project was finding the names of the Bruins who died in the war which were not included in the original list provided to me by the UCLA Department of Military Science. In all, I have located 72 more of these men, including four more in the last couple of weeks. In addition, I learn such intimate details of people’s lives, at their most heroic and their most vulnerable, I feel very close to everyone that I research. I really feel as if I know each of them personally. Even though there are nearly three hundred of them, I could go on for hours about individual Bruins from my research.

Has your research changed how you see UCLA?

I was walking in Westwood not long ago and saw, engraved into the sidewalk, the date the sidewalk was constructed: It was about 1939. I stopped in my tracks, thinking about how many of the UCLA men and women, including those who died in the war — Bruins I know by name — have walked there before me, along this very sidewalk. In that moment, I truly felt connected to the history of UCLA.

People interested in learning more about their family’s history with World War II can reach out to Bill Beigel at bill.beigel@ww2researcher.com or go to his website, http://ww2research.com.