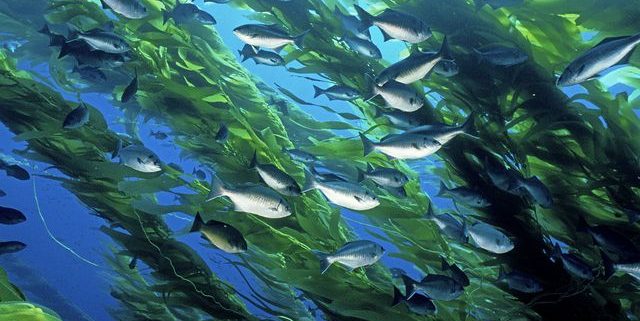 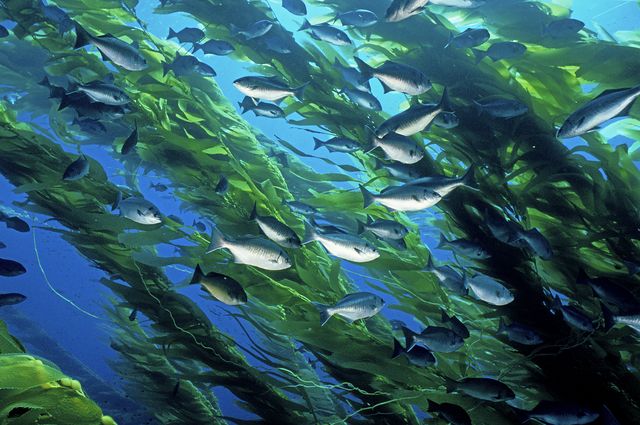 Ron McPeakScientists believe that kelp forests like this one off of California’s coast are being threatened by climate change.

Kelp forests grow along coastlines worldwide, largely hidden from view. Like rainforests, they’re among the planet’s most important ecosystems: beautiful but fragile habitats for a wide array of plant and animal species.

But scientists believe kelp forests are being threatened by climate change. Now, researchers from UCLA and seven other universities have an improved tool for tracking these shifting ecosystems, the largest of which is about 5 miles long.

With new funding from NASA, the team recently relaunched Floating Forests, a website that enables volunteer citizen-scientists to scan hundreds of thousands of satellite images for places where the tops of kelp forests skim the ocean surface.

The original site went online in 2014, and its more than 7,000 users had viewed roughly 700,000 satellite images as of early December 2017. The new version launched Dec. 13 with better image filters and enhanced color contrast, which will produce fewer photos that don’t have kelp in them, and will make the kelp forests easier to identify.

“We hope to track global trends in the abundance of giant kelp forests and identify regions that have experienced significant declines in kelp,” said Kyle Cavanaugh, a professor of geography in the UCLA College and a member of the UCLA Institute of the Environment and Sustainability. “Giant kelp forests are ecosystem engineers — they provide both food and habitat for incredibly diverse and productive near-shore ecosystems. They are also highly sensitive to changes in climatic and environmental conditions.”

Mapping kelp forests has traditionally been a more solitary endeavor: Scuba divers would gather information about areas of the ocean that they could explore themselves. So the data was limited to tiny portions of the ocean, and the information divers gathered could only provide a snapshot of conditions on the day that they collected it — a problem because conditions in the forests can change rapidly.

To gather a fuller picture of the forests, and to monitor them over long periods of time, Cavanaugh recognized he could draw from NASA’s Landsat program, which has taken satellite images of the entire Earth every 16 days since the 1970s. Landsat collects data in the visible and near-infrared wavelengths, which made it an ideal tool to track kelp forests: Because water absorbs a lot of near-infrared energy and plants reflect a lot of it, the kelp forest canopies stand out in the satellite images.

But Cavanaugh also knew that it would take human eyes to analyze the images, so he and Jarrett Byrnes, a biology professor at the University of Massachusetts, Boston, obtained funding from a nonprofit called Zooniverse to build a website that would allow people from around the world to participate.

Here’s how it works: If one of the citizen-scientists sees evidence of a kelp forest in a satellite image, that image is shown to 15 other users for verification and to carefully trace the outline of the canopy. On the other hand, if four different users view an image and don’t see any kelp, that image is discarded from the dataset.

So far, Floating Forests users have helped map kelp forests along the entire coast of California from 1984 to 2011 — one user found a large, never-before-mapped patch of kelp on an underwater mountain called the Cortez Bank, about 100 miles off the coast of San Diego. Volunteers also helped map most of the coast of Tasmania, Australia, over the same period, providing evidence that climate change is causing problems in the kelp forests there.

In addition to improvements in its image processing, the relaunched site makes it easier for Cavanaugh and his fellow scientists to add new regions to the platform. One of the newest additions is a collection of 5,000 images of the waters around the Falkland Islands, off the coast of South America. Byrnes said kelp forests are the foundation of the coastal ecosystem there.

“It’s a breeding ground,” he said. “Local squid love to lay their eggs on kelp. It’s also a source of kelp rafts that can transport some species around the subantarctic oceans.”

In the coming months, the researchers hope to study other, less-explored regions around the world, and they plan to add images to the website from the coasts of Baja California, northern Chile, San Francisco, Los Angeles, San Diego, the U.K. and Japan.

Prof. Kathleen McGarry cited in NY Times: How Care for Elders, Not Children,...