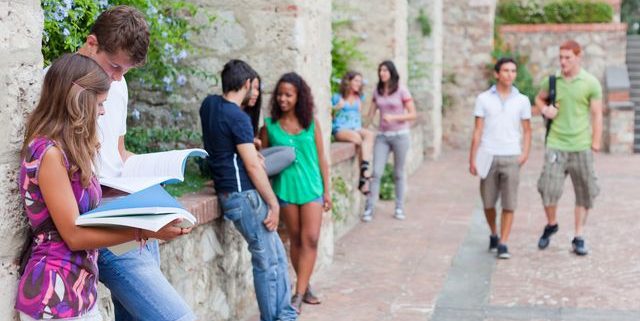 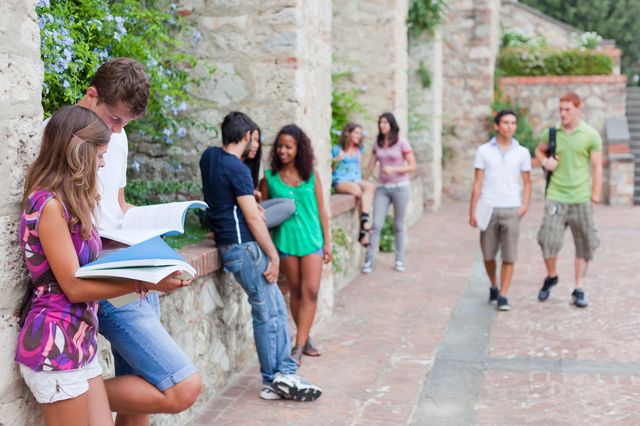 UCLA researchers are the first to examine Healthy Minds Study results by looking at variations across different colleges and universities that participate in the national survey.

College students who experience suicidal thoughts are less likely to seek treatment if they go to school where there is a high level of stigma around mental health issues, a UCLA-led study found.

In a study published in Social Science and Medicine, UCLA sociology professor S. Michael Gaddis examined data from the Healthy Minds Study, an online survey conducted annually that examines mental health, service utilization and related issues among undergraduate and graduate students in the United States. Since its launch in 2007, the survey has been conducted at more than 150 colleges and universities, with more than 175,000 people responding.

“We found that on college campuses where there is higher stigma toward mental health treatment, there is less treatment-seeking behavior among students” said Gaddis, whose team examined data from 2009–15, which included 62,756 students from 75 institutions.

“We also found larger variation in levels of stigma across campuses than we expected,” he said.

To establish levels of stigma, survey respondents answered questions on a sliding scale about whether they would accept someone as a friend, or think less of someone if they knew that person had been treated for a mental illness. Respondents also answered a battery of questions to determine if they had anxiety or depression and revealed whether they had suicidal thoughts or committed intentional self-harm.

Students were less likely to admit to suicidal thoughts or harming themselves if they attended school in high-stigma environments.

“This indicates that in places where their peers are stigmatizing mental health treatment, students do not want to even acknowledge their mental health struggles,” Gaddis said.

Students were asked whether they reached out for formal treatment — such as taking medication or seeking care from a campus-related medical provider or counseling service or in their hometown — or if they sought informal help from a family member, a roommate, a friend, a generic support group, or a religious leader or religious group of some kind.

“In places where we found higher levels of stigma, students were more likely to report that they do seek informal treatment from a religious group or a religious leader,” Gaddis said. “Out of 21 possible situations, this was the only one that showed a positive effect in high-stigma environments.”

The Healthy Minds Study, which is housed at the University of Michigan, is often used by researchers to measure prevalence of mental health conditions and treatment-seeking behavior across all the students who answer the survey in a given year. Gaddis and his colleagues though are the first to examine survey results by looking at variations across different schools. Every year a different batch of colleges and universities opt in to be part of the Healthy Minds Study.

Gaddis and his team received a grant from the UCLA California Center for Population Research to continue efforts to gather information on the mental health service offerings at participating schools, data that will help further contextualize the survey findings and potentially help fuel policy decisions that could have a positive impact on students who may be experiencing mental health problems at college.

Mental health is a core research focus for Gaddis, who was a Robert Wood Johnson Scholar in Health Policy Research from 2013 to 2015 at the University of Michigan.

“I wanted to go there specifically to work with this particular data,” he said.

And there’s a personal component. As a first-generation college student Gaddis struggled as an undergraduate, quitting college for a time to work in the public sector, returning later and making it through graduate school.

“My parents were terrific and supportive but didn’t know what the college experience was like,” Gaddis said. “I didn’t have anyone to fall back on to tell me that my struggling was normal. Mental health plays a big role in this feeling where you get stuck thinking ‘I don’t think this is for me,’ or ‘I don’t understand what is happening.’ And because there is no one from your own family who can really support you in this, it’s much harder as a first-generation college student to cross that barrier and say ‘I need to go talk to somebody.’”

Gaddis’ work dovetails with the Depression Grand Challenge, an ambitious effort launched by UCLA in 2015 to reduce the burden of depression worldwide by developing better methods of detecting, evaluating and treating depression.

As part of the Depression Grand Challenge, in September 2017 all of UCLA’s incoming students were offered free screening for depression. More than 2,600 students opted to complete a volunteer online screening. Those whose results showed they were at risk of suicide, severe depression or other serious mental health problems were offered access to treatment at UCLA.

Ultimately, Gaddis hopes his ongoing research will help institutions that may not already have a robust system of mental health treatment and training for staff and faculty create viable interventions that are appropriate to the specific characteristics of their schools and student populations.