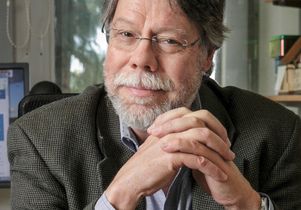 Power-sharing between Washington and the states makes Obamacare possible. But this power-sharing also makes it vulnerable. Because of federalism, Obamacare will always be in danger.

Mark A. Peterson, an authority on American government and federalism and a leading expert on health care legislation, considers Obamacare, more formally the Affordable Care Act, the most important advance in health protection since the creation of Medicare and Medicaid.

Peterson, professor of public policy, political science and law at UCLA and former chair of the Department of Public Policy, is finishing his third book, “Hardball Politics, Hobbled Policy: Contexts, Choices and Consequences in U.S. Health Reform.” It shows how intense political dynamics, as well as strategic and tactical choices by presidents, thwarted health care reform in the past but ultimately made Obamacare possible — in a context that also prompted legal and political attacks against it.

During a round of interviews in his corner office at the Luskin School of Public Affairs, Peterson, 62, gracious, lightly bearded and tall enough to play forward for the Bruins, spoke of his optimism, nonetheless, that ultimately the United States will have universal health insurance coverage like other developed nations — what many call Medicare for all.

Peterson’s fascination with politics and government began at his family’s dinner table. He was born in Washington, D.C., and grew up in suburban Garrett Park., Md. His watched the news during meals. When he was 10, his father, a section head at the National Cancer Institute, was invited to the University of Uppsala for a year. He took the family to Sweden. They had health care simply by virtue of being there. “Full access to a modern medical system,” Peterson said. “Universal coverage.”

Back home, he demonstrated against the Vietnam War. In 1973, he went west to attend Pomona College in Claremont. In succession came Watergate, the Yom Kippur War, the Saturday Night Massacre and President Richard Nixon’s resignation. Claremont seemed far away and isolated. Peterson transferred to the University of Michigan, which was more politically active. But he resisted majoring in political science; he had other interests, including architecture. Finally, he gave in. As a student, he campaigned for a Democrat running for Congress, then became a precinct captain, ward chair and a deputy registrar.

Michigan did not register voters by party. “I registered a guy at his apartment,” he recalled, “and then, a few weeks later, I was in the Diag, the core of the central campus, and I heard a fife and drum group coming around the corner of the library, and I saw this fellow I had registered. He was in the Revolutionary Communist Youth Brigade, marching across the Diag, and I said to myself, ‘I’m not in Claremont anymore.’”

Peterson earned his A.B., A.M. and Ph.D. at Michigan. He went to Harvard as an assistant professor and ran its undergraduate program in government and political science for three and a half years. In 1993, he left for the University of Pittsburgh, where he was a professor of public affairs, political science and, in keeping with a growing interest, public health. From Pittsburgh, he came to UCLA. He has served twice as chairman of the Department of Public Policy and holds joint appointments to the Department of Political Science and the School of Law.

In addition to academic credentials, Peterson brought practical experience in both federalism and health care. While he was at Michigan, he took part in an intergovernmental analysis that traced the flow of money — and with it, power — throughout the federal government and the states. While he was at Harvard, he worked as a congressional fellow in the office of Sen. Tom Daschle (D-S.D.), where he became a legislative assistant for health policy. He participated in drafting the American Health Security Plan of 1992, the Clinton administration’s proposal for comprehensive health care reform.

It went nowhere, as had President Harry Truman’s earlier proposal for national health insurance and a plan by Nixon and a group of Democrats to build an employer-based system and combine it with a public program. Bill and Hillary Clinton would fail, as well, in their effort to provide broader health coverage. Some states would expand coverage, but it was not until Barack Obama became president that anyone won approval for a health care plan designed to insure everyone in the United States.

Read the rest of the story at UCLA Blueprint