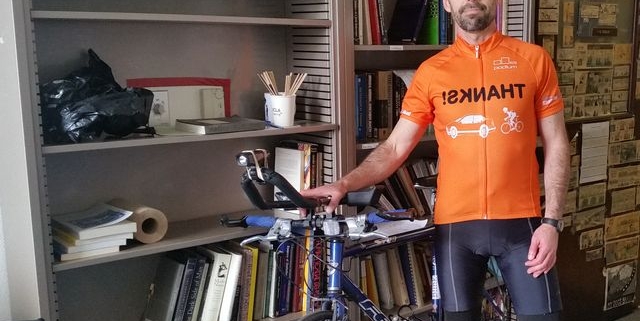 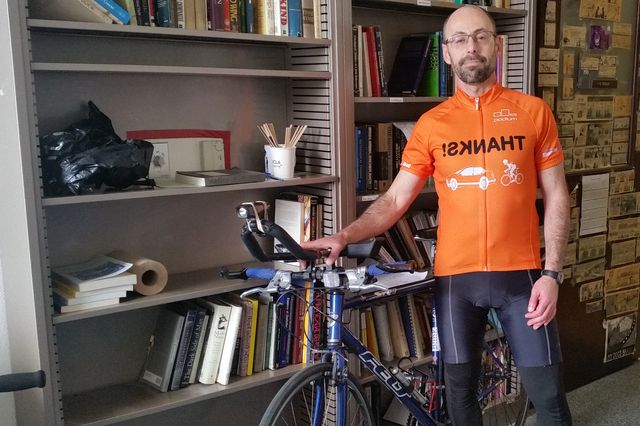 Growing up, UCLA anthropologist Daniel Fessler had aspirations other than becoming a professor. But even though he’s an academic, he still loves outdoor pursuits.

Had Dan Fessler — winner of the 2018 UCLA Gold Shield Faculty Prize — followed his youthful aspirations, he might never have become a professor of evolutionary anthropology. He probably would not have become director of UCLA’s Center for Behavior, Evolution and Culture, nor would he be a consulting anthropologist with the West Los Angeles Veterans Administration.

And he certainly would not be the winner of the Gold Shield prize, a $30,000 award presented by Gold Shield, Alumnae of UCLA, to an exceptional mid-career full professor with a distinguished record of undergraduate teaching, research and university service.

Rather, Fessler might have become an outdoor recreation instructor, teaching wilderness skills like mountaineering. As a teen, he had trained at the National Outdoor Leadership School, and — despite the fact that both of his parents were scientists at UCLA — Fessler wasn’t even sure he wanted to go to college.

Fortunately, he found that he could enjoy both worlds at UC San Diego, teaching climbing on the weekends and studying anthropology during the week. He ended up earning his bachelor’s, master’s and doctoral degrees, all in anthropology.

The latest winner of Gold Shield’s annual prize, Fessler joined UCLA’s faculty as an assistant professor in 1998. Hailed for his diverse research, ranging from the psychology of the emotions to evolutionary medicine, Fessler is also well-known on campus for his demanding but popular undergraduate course, “The Evolution of Human Sexual Behavior,” which fills to capacity despite its 8 a.m. start time.

“The class makes for a good vehicle to introduce students to a way of understanding human beings in society,” Fessler said. “Because most of them are young adults, they are interested in finding romantic partners. In addition to sex, sadly, violence has also been important in human evolution, and we discuss it a lot in the course. As Hollywood knows, sex and violence grab people’s attention. So it’s not hard to get students intrigued, and they end up learning a lot about the human condition and how we can improve society.”

C. Jason Throop, chair of the anthropology department, pointed out that the popularity of Fessler’s course can be directly attributed to his skills at fostering a highly engaging learning experience for students. “Applying evolutionary theory to pedagogical practice, he has intentionally sought to eschew scripts, podium and technological bells and whistles,” Throop wrote in support of Fessler’s nomination for the Gold Shield prize. “Instead, he speaks extemporaneously, using humor and everyday examples to link rigorous scientific concepts and complex empirical findings to students’ own lives and experiences.”

Each year, Fessler invites his most talented undergraduate students to collaborate with him as research assistants in his renowned “FessLab,” an experience that sometimes produces joint publications by the professor and his undergrads — a rarity — and inspires the students to pursue their own successful careers in science, medicine and related fields.

“Being part of ‘FessLab’ has introduced me to the scientific method, to planning experiments and to data collection, and it has ultimately built the foundation for my research career,” said Francesca Luberti, a doctoral candidate at the University of New South Wales, Sydney.

Ever the outdoor enthusiast, Fessler bikes to campus. Occasionally he brings his dogs, Diver and Madu (“Honey” in Indonesian), to the office. “My dogs are happy, sociable creatures, and they like to hang out with my students — there’s a lot we can learn from dogs about evolution, and about life,” he said.

“Contrary to what he would have his own students believe, Dr. Fessler is one of the nicest and most caring professors you could find in a university setting,” wrote one admiring undergraduate student on his course evaluation form. “He has a way of turning seemingly innocuous moments into deep pedagogical experiences.”