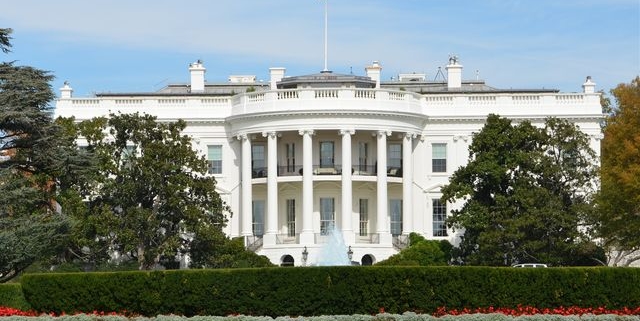 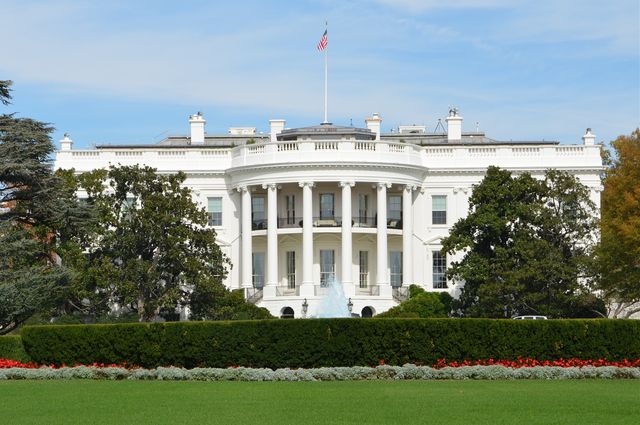 Lynn Vavreck is a professor of political science and communication studies at UCLA. This op-ed appeared in the Washington Post.

The 2016 election is nearly two years behind us, but debates continue to rage over what lifted Donald Trump to a victory that surprised so many political observers. All elections generate narratives that try to explain the outcome, but often those do not square with polling and other political science data. This conflict is remarkably sharp in the case of the 2016 election, in part because of the unusual nature of Trump’s candidacy. Here are five of the most prevalent myths.

Before and after the election, a dominant narrative held that the voters were angry. “Dissatisfaction, anger dominate year-end reviews of Washington,” reads a December 2015 CNN headline above an article reporting that 69 percent of voters were “at least somewhat angry” with the way things were going in America. Two years later, U.S. News & World Report observed that “furious Americans elected Donald Trump.”

But there is no evidence that Americans were any more angry in 2016 than they had been in 2012, when President Barack Obama won reelection. When CNN asked that same question in February 2012, 67 percent of voters said they were angry, only two percentage points less than in 2016, well within the margin of error. And other data suggested a rosier outlook: In early 2016, consumer confidence was rising among all income groups, and it was as high as it was at the same point in 1984, when Ronald Reagan won reelection under the “morning in America” banner. Throughout 2016, Obama’s approval rating increased, hitting 56 percent in December.

Of course, you could find angry people in the electorate — mainly Republicans who had lived for eight years with a Democrat in the White House. But those Republicans were not much more angry than Democrats were at the end of George W. Bush’s presidency. And of course, on Election Day, “angry” Americans gave Hillary Clinton 3 million more votes than Trump.

MYTH NO. 2 Trump can say or do anything without losing support.

Trump created endless controversies during the presidential campaign, yet prevailed, inspiring a theory that he was “unattackable,” as CNN’s Chris Cillizza put it. A Washington Post analysis in December 2015, during primary season, concluded: “It’s as if it doesn’t matter if [criticism of Trump] ‘sticks’ or not. . . . His supporters just don’t care.” Vox argued that Trump’s offensive statements even bolstered his popularity, making him appear more brutally candid than his rivals. As Trump himself famously put it, “I could stand in the middle of Fifth Avenue and shoot somebody and I wouldn’t lose voters.”

The effects of specific controversies were often short-lived, but polling data shows that they did hurt Trump. During the primary campaign, Trump’s net favorability among Republicans dropped sharply — from +27 points to +11, according to YouGov/Economist polls — after he criticized John McCain’s record as a POW in Vietnam. It fell again after he made offensively critical comments about Megyn Kelly following the Aug. 6, 2015, primary debate (+27 points to +13) and after he skipped a January 2016 debate (+38 points to +22).

During the general-election campaign, Trump’s standing in the polls suffered at multiple points, especially after the release of the infamous “Access Hollywood” video. It turns out that boasting about sexual assault on tape can drive at least some voters away.

MYTH NO. 3 Hillary Clinton’s inept campaign cost her the election.

After Election Day, the Clinton campaign faced the predictable recriminations. “A series of strategic mistakes likely sealed Clinton’s fate,” including too much time spent attacking Trump, according to The Post. Politico argued that she failed to “get the basics of campaigning right.”

Yet our experiments showed that voters randomly assigned to watch her attack ads on Trump were more likely to support her and less likely to support him. Clinton, we found, did better in media markets where she had a larger advantage in televised advertising, another sign that her ad strategy was sound.

It is true that her field organization was smaller than Obama’s had been in Florida, Ohio and Wisconsin (though not in Michigan) — all states Trump won — but research suggests that the impact of field organizing is modest: We estimate that having a field organization equal to Obama’s wouldn’t have swung these essential battleground states.

We also find little evidence for the arguments that Clinton should have spent more on digital ads, visited Michigan more often or had her field organizers focus on persuading voters rather than mobilizing the Democratic base. Again, research shows that such tactics have small, if any, effects — too small even to shift the outcome in a close election.

MYTH NO. 4 Trump’s victory was due to economic anxiety.

One particular rationale for Trump’s victory came to the fore immediately after the election: He “tapped into the anger of a declining middle class,” as Bernie Sanders put it, with a message that appealed to “people [who] are tired of working longer hours for lower wages.” The journalist David Cay Johnston concurred: “Trump won because many millions of Americans, having endured decades of working more while getting deeper in debt, said ‘enough.’ ”

But the evidence is clear: Both in the Republican primaries and in the general election, white voters’ attitudes about African Americans, Muslims and immigration were more closely associated with how they voted than were any strictly economic concerns. In fact, racial attitudes were the prism through which voters thought about economic outcomes — something we call “racialized economics.” For example, after Obama became president, attitudes toward blacks suddenly became linked with people’s views on the economy: the less favorable their view of blacks, the less favorable their view of the economy. Scholars who did extensive interviews with whites in Youngstown, Ohio, and rural Louisiana reported many racially loaded statements about economic circumstances. One Youngstown factory worker said people who received government assistance had “gold chains and a Cadillac, when I can barely afford a Cavalier.”

During the 2016 campaign, the most potent political sentiment held that “people like me” were not getting ahead because of “people like them.” In the primary race, support for Trump among white Americans was weakly associated with whether people were worried about losing their jobs but strongly associated with whether people believed that employers were giving jobs to minorities instead of whites. In the general election, the belief that split Trump and Clinton supporters was not whether “average Americans have gotten less than they deserve.” Majorities of both groups agreed. Instead, the dividing line was whether they thought “blacks have gotten less than they deserve”: Fifty-seven percent of Clinton supporters agreed, but only 12 percent of Trump supporters did.

The Democratic Party is supposedly riven between Sanders-like progressives and Clintonian centrists. Sanders supporters wanted “the Democrats to be a different kind of party: a more ideological, more left-wing one,” Matt Yglesias wrote in Vox in April 2016. New York Times columnist Thomas B. Edsall called Clinton’s supporters “the centrist wing.”

Yes, Sanders supporters were more likely to describe themselves as “liberal,” but the cleavages in the Democratic electorate were not really about ideology. In the surveys we examined, there were few differences on key policy questions like the role of government in providing health care or child care. No wonder nearly 80 percent of Sanders voters became Clinton supporters in the general election — more than the share of Clinton voters who ended up backing Obama after the 2008 primary contest.

That’s not to say there are zero divides within the Democratic electorate, but they are often not the usual suspects. During the primaries, the real gaps were linked to party, race and age: Clinton supporters were more likely to be registered Democrats, nonwhite and older. During the general election, the fault lines that mattered involved, once again, race and immigration, not economic policy. We find that in 2012, a substantial fraction of Obama voters had conservative views about race and immigration. Roughly a third said it should be harder to immigrate to the United States. It was these voters who were more likely to shift to Trump in 2016.

Still, the party’s divides appear to be diminishing. The fraction of Democrats with more-conservative immigration views is rapidly shrinking — probably in reaction to the Trump presidency. In the end, the party remains fundamentally united on many key policy issues.

Response to L.A.’s affordable housing crisis should be guided by lessons from...