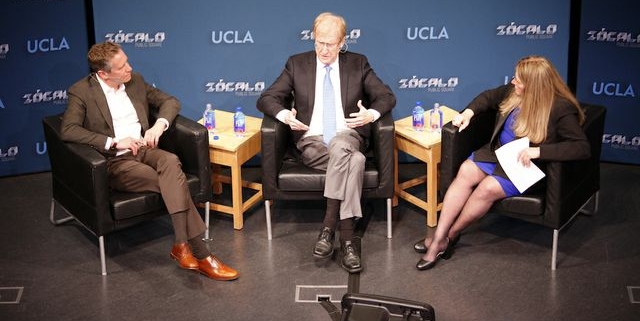 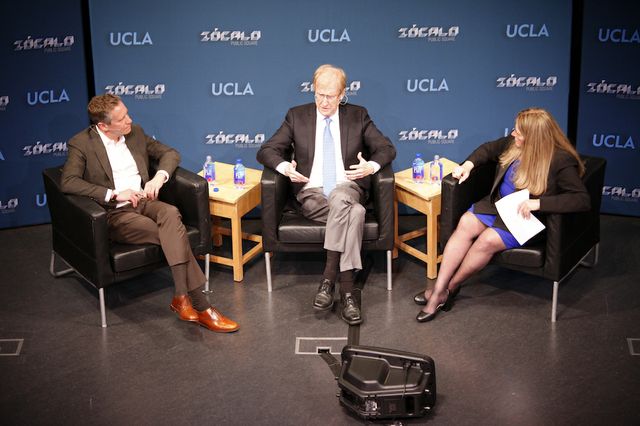 The United States has neither the credibility to effectively promote democracy abroad nor the power to impose its will in favor of or against authoritarian regimes.

Those twinned arguments were among the wide-ranging claims made at a Zócalo/UCLA Downtown event titled “Is America Enabling Autocrats to Run the World?”

Before a full auditorium at the National Center for the Preservation of Democracy in Downtown Los Angeles, Kal Raustiala director of the UCLA Burkle Center for International Relations and Richard Anderson, professor of political science at UCLA and former CIA and Congress member, examined whether President Trump, and previous American governments, have supported autocrats abroad.

The discussion, which also included Carol Giacomo, member of The New York Times editorial board, and Karen Attiah, Washington Post Global Opinions editor, frequently turned back inward to questions of whether the U.S. is truly a democracy and whether democracy is itself prone to authoritarianism.

Read the full story on the Zócalo Public Square website.