Blog - Latest News
You are here: Home / Uncategorized / Five Black suffragists who were critical to the long battle for the vo...

In her latest book, “Suffrage: Women’s Long Battle for the Vote,” UCLA professor emerita Ellen DuBois traces the three-generation struggle that led to the ratification of the 19th Amendment in August 1920.

The battle for women’s suffrage was intertwined with America’s confrontation with slavery and its enduring effects of structural racism and inequity. As DuBois traces the sustained movement, she also shines a light on suffragists who fought for the enfranchisement of all Black citizens, and who often found their cause diminished — or themselves dismissed — by white women leading the suffragist charge.

Today is Women’s Equality Day, which marks the date the 19th Amendment was certified by the Secretary of State. In honor of the 100th anniversary of that milestone, we celebrate five African American women highlighted in DuBois’ book — each of whom played a critical role in the fight for women’s suffrage. They are listed here in order of their birth years. 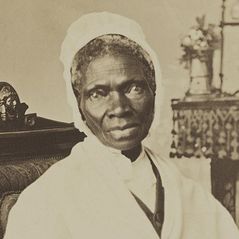 Truth (1797-1893) was an abolitionist and women’s rights activist best known for her speech on racial inequalities, “Ain’t I a Woman?” delivered at the 1851 Ohio Women’s Rights Convention. In it, she challenged prevailing notions of racial and gender inferiority and inequality by reminding listeners of her combined strength and her gender.

She devoted her life to the abolitionist movement and sponsored several other causes, including prison reform, property rights and universal suffrage. 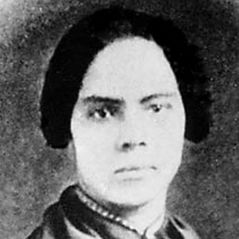 Cary (1823–1893) was an activist, writer, teacher and lawyer, and the first female African-American newspaper editor in North America. Her family participated in the Underground Railroad until the passage of Fugitive Slave Act in 1850, causing them to move to Canada.

In 1853, she created “The Provincial Freemen,” Canada’s first anti-slavery newspaper. She was a member of the National Woman Suffrage Association and spoke at the NWSA’s 1878 convention. Cary also advocated for the 14th and 15th Amendments at a House Judiciary Committee hearing, publicly taking offense that the writing of the amendments was not gender neutral.

► Read an interview with DuBois about her latest book 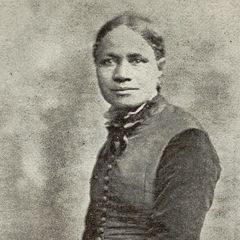 Harper (1825-1911) was a poet and orator who advocated for abolition and education through speeches and publications. She published several poetry collections and the publication in 1859 of “Two Offers” made her the first African-American woman to publish a short story.

Wells (1862–1931) was a journalist, abolitionist and feminist who led an anti-lynching crusade in the 1890s. She openly confronted white women in the suffrage movement who ignored lynching, causing her to be ostracized by some women’s suffrage organizations. Wells brought her campaign to the White House in 1898, calling for President William McKinley to make reforms. 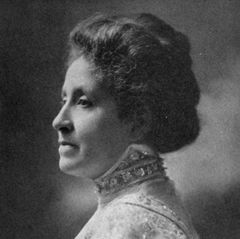 Terrell (1864-1954), one of the first African-American women to earn a college degree, is best known as a national activist for civil rights and suffrage. After graduating from Oberlin College, Terrell became part of a rising Black middle and upper class who fought racial discrimination.

Terrell joined Ida B. Wells in anti-lynching campaigns, but her life’s work focused on the idea of racial uplift, the belief that Black people would help end racial discrimination by advancing themselves and other members of the race through education, work and community activism. She was a cofounder and the first president of the National Association of Colored Women.

Teo Ruiz: Amid uncertainty and adversity, we can find strength in beauty

Black Feminism Initiative meets the moment, in service of a more just futur...