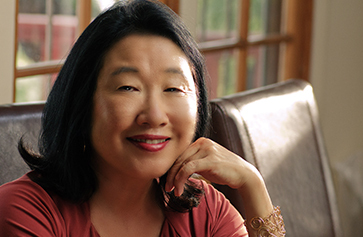 The series, which aired in spring 2020, tells stories of struggle, progress and solidarity from the perspectives of multiple Asian American communities, highlighting their national, ethnic, religious, political, linguistic and cultural diversity.

Tajima-Peña’s production company shares the Peabody with the Center for Asian American Media, public broadcaster WETA-TV, postproduction house Flash Cuts and the Independent Television Service. The series was honored by the Peabody Awards for “its revelatory storytelling as a demonstration of activism and solidarity in the American story and fight for justice and dignity.”

“We’re all thrilled not only by the award, but the recognition that this history matters, at a time when we’re in the throes of a backlash to ethnic studies and to a perspective of American history that acknowledges the central role of systemic racism,” said Tajima-Peña, who is also the director of the UCLA Center for Ethnocommunications.

An Academy Award–nominated film director (“Who Killed Vincent Chin?”), she said she also feels like the current moment is powerful in the fight for racial justice and equity.

“Other people are really hungry to understand who we are today by understanding our past,” Tajima-Peña said. “Over the last 15 months, we’ve seen stereotypes of Asian Americans weaponized, as either the perpetual foreigner and walking virus, or the model minority deployed as a wedge against other people of color. In all the episodes of ‘Asian Americans,’ we tried to connect those fault lines from our arrival as immigrants to the current moment, and to center the resilience and activism of Asian Americans in resisting systemic racism.”

Two years in the making, “Asian Americans” was a very UCLA-centric project. Grace Lee, an alumna of UCLA’s School of Theater, Film and Television, directed two of the episodes. Several other alumni were crew members on multiple episodes. And David Yoo, a professor of Asian American studies and history and vice provost of the UCLA Institute of American Cultures, served as lead scholar on the project.

Respected for its integrity and revered for its standards of excellence, the Peabody represents a high honor for creators of television, podcast/radio and digital media. Chosen each year by a diverse board of jurors through unanimous vote, Peabody Awards are given in the categories of entertainment, documentary, news, podcast/radio, arts, children’s and youth, public service and multimedia programming. Founded in 1940 at the Grady College of Journalism and Mass Communication at the University of Georgia, the Peabody Awards are based in Athens, Georgia.

This article, written by Jessica Wolf, originally appeared in the UCLA Newsroom.