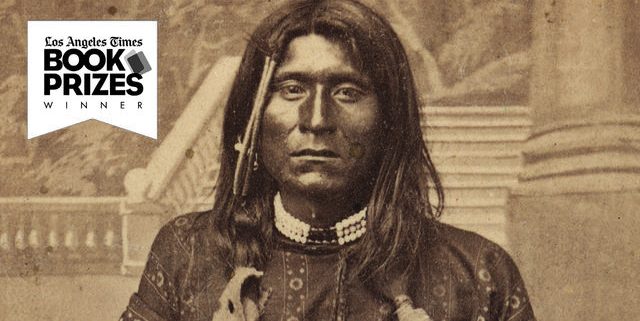 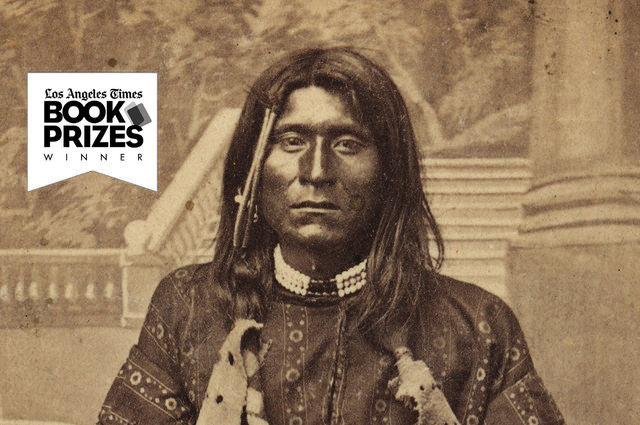 Yale University PressGov. Jerry Brown, who endorsed the book, is the first California governor to publicly acknowledge the state-sponsored genocide of the American Indian population.

The mid-19th century was a perilous time to be an indigenous person in California. State militia companies, United States Army units, vigilante groups and individuals targeted the state’s American Indian population. They killed as many as 16,000 California Indians. Many others died on federal Indian reservations or while hiding, while still others were enslaved and worked to death.

Benjamin Madley, associate professor of history at UCLA, has been on a decade-long odyssey to document and reveal the existence of this government-sponsored genocide.

“The history of genocide casts a shadow over California,” Madley said. “It hovers over the land of the endless summer, over Disneyland, over the surfers, the Beach Boys, the palm trees, the Hollywood Sign … and yet, there is also a story of California Indian resistance and survival that is miraculous.”

This largely forgotten history of state-sanctioned mass murder and heroic resilience is revealed in Madley’s book “An American Genocide: The United States and the California Indian Catastrophe, 1846–1873.” The book, recently released in paperback, meticulously narrates the systematic and brutal campaigns of slaughter and enslavement during which California’s indigenous population plunged from as many as 150,000 people to around 30,000.

This is a rarely examined part of California’s history that was “hidden in plain sight,” as Madley said.

“Murders and massacres filled the archives,” he said. “Official records made it plain that the state and federal governments spent more than $1,700,000 — a huge amount of money at that time — on campaigns against California Indians.”

The book is packed with first-hand accounts from journal entries, newspapers, Army reports, militia correspondence, legislative proceedings and budgetary records. They reveal a relentless, comprehensive, organized and well-funded killing machine bent upon exterminating a population of human beings simply for being Native American. Madley includes stories of starvation, degradation, slavery and the murder of children. His book is “gruesomely thorough,” as Alexander Nazaryan wrote in Newsweek. Indeed, Madley documents hundreds of massacres and homicides.

Still, amid this painful and traumatic past, Madley found inspiration in the stories and faces of California Indian people, many of whom live in and around Los Angeles today, a city with the second-largest population of indigenous people in the United States.

“When you meet California Indian people today you know that they are the descendants of people who survived against all but impossible odds,” he said. “California Indian people, during the terrible years described in my book, deployed their genius to hide their children from killers, to evade the militias, to outrun the army, to outwit the mass murderers. This story of survival is one that should inspire us. It inspires me.” 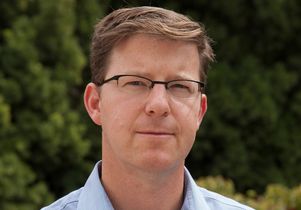 The book has been widely praised by critics, embraced by California tribal communities, and most recently, endorsed by California Gov. Jerry Brown. According to a statement from Brown, “California history tells us much about the gold rush and the mass migration it inspired, but very little of the mass destruction of its native peoples. Benjamin Madley corrects the record with his gripping story of what really happened: the actual genocide of a vibrant civilization thousands of years in the making.”

This language makes Brown California’s first governor to publicly acknowledge that what happened to California Indians between 1846 and 1873 was in fact a state-sponsored genocide, according to Madley.

“Still, we have a long way to go,” Madley added.

California became a state in 1850, and many of the leaders involved in the genocide against the California Indian population were rewarded for their efforts with powerful positions in state and federal government. 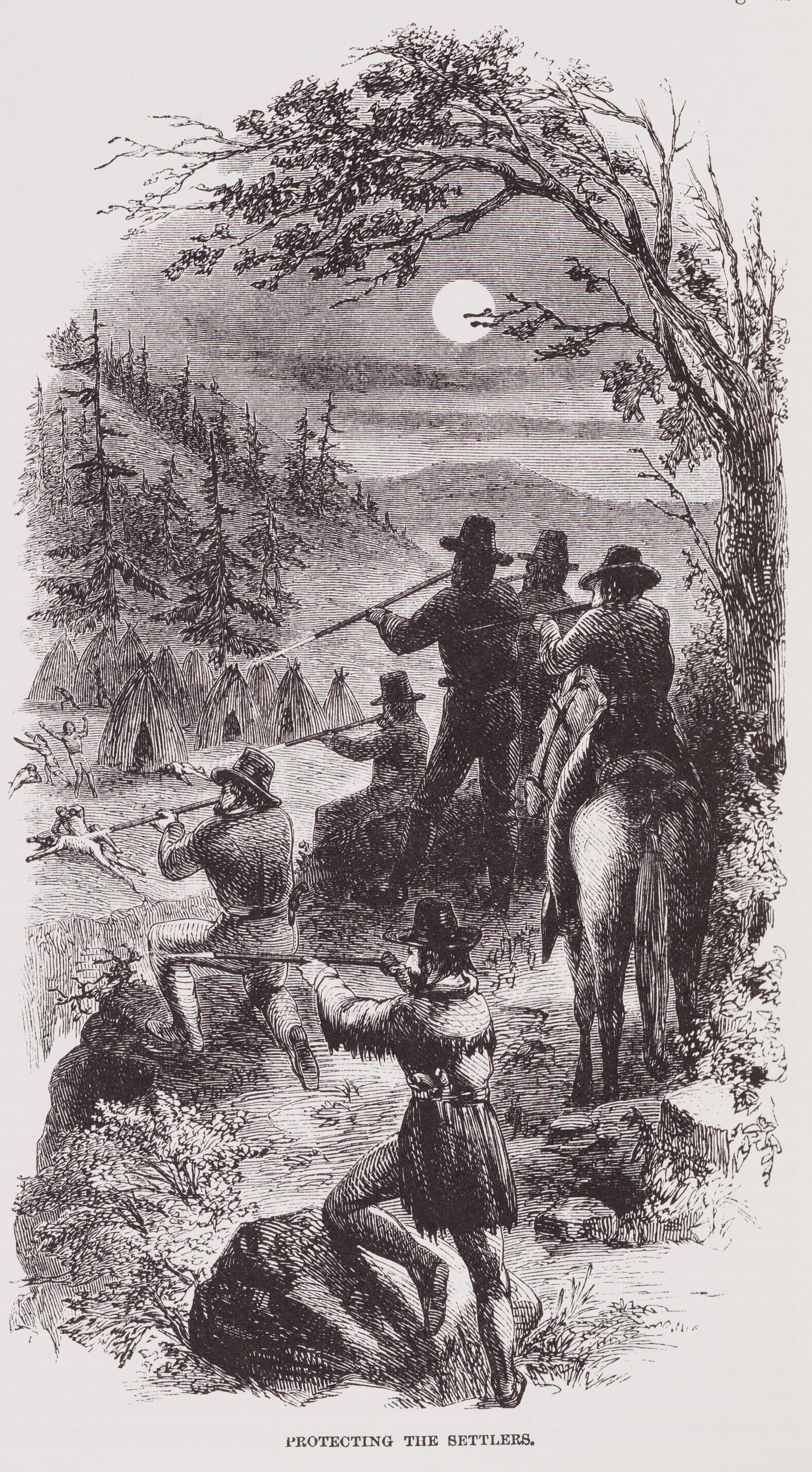 Madley has traveled widely for book talks, presentations, and meetings with government officials and tribal communities up and down the state. He’s presented the book at academic institutions ranging from the University of Alaska, Anchorage to Umeå University in Sweden to the Free University of Berlin. He was also the keynote speaker at California’s Native American Heritage Commission Gala last October. Most recently, he presented a book talk at the state capitol in Sacramento at the governor’s invitation.

When Madley speaks about the book, which he continues to do, he gently welcomes those in attendance to take a moment away if the revelations hit hard. These are real traumas and real pain that echo into the present and are still being lived.

“We can never undo this wrong, because we cannot bring back the dead,” he said. “But we can tell the truth of what happened instead of hiding it and burying it.”

There is an “institutionalized amnesia,” around these events, Madley contends. He began his research more than 10 years ago while still a graduate student at Yale University. Born and raised in California, he first became interested in California Indian people while living in the ancestral territory of the Karuk people, near the Oregon border. Later he was a student at University High School, which, like UCLA, sits on Tongva land.

Last year Madley chaired UCLA’s American Indian Studies program and he hopes UCLA will continue to make strides in reaching out to members of the Tongva and other California Indian tribal nations, to shape a positive working relationship between the university community and California’s many indigenous peoples. In 2017, the first two female students of Tongva descent graduated with doctoral degrees from UCLA, alongside about two dozen students of indigenous background who graduated with bachelor and master’s degrees. And there are ongoing efforts within UCLA’s American Indian Studies program to develop curriculum for local teachers to better understand and share the stories of California’s tribal nations.

“It is not for me as a white scholar to determine how the material from my book should be used,”  Madley said. “Ultimately I want people to know the truth about what the state and federal governments did to California Indian people so that the story of genocide becomes basic to understanding this state’s birth, so we can begin turning our attention to addressing what the federal and state governments owe California Indian tribal nations and their citizens.”

Women are making progress toward gender balance in the social sciences